The post-recession environment, coupled with a radically different monetary policy, has had both an obvious and hidden impact on community bank operating and financial performance. Banks have learned to live with these issues, and some have even thrived.

But all the while, covert damage to their balance sheets has accumulated. It has been hiding in plain sight in bank assets and liabilities, masked by traditional financial reporting and ignored by most market analysts.

The Dodd-Frank Act will likely be tweaked by year’s end. A bi-partisan Senate bill has a better chance of approval than a previous Republican-backed House proposal that went nowhere.  The Senate bill, known as the Economic Growth, Regulatory Relief, and Consumer Protection Act, has wider support, mainly because it leaves more of Dodd-Frank intact.

For banks with assets below $10 billion, the bill would establish a “community bank leverage ratio” of not less than 8 percent and not more than 10 percent.  Qualifying banks that exceed the ratio would be considered to have met risk-based capital requirements. 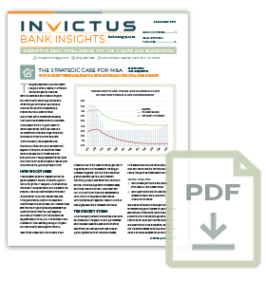