Bank 1 and Bank 2 are roughly the same size. Each wants to bid on Sample Target 1. The value of the potential acquisition differs for each bidder, depending on its unique loan portfolio makeup.  Invictus’ proprietary analytics can determine the maximum price each bank should be willing to bid. This illustration is just one example of the determinants for acquisition pricing.

As the graphics show, Banks 1 and 2 have similar balances of residential mortgage loans. Each portfolio generates different yields due to the vintage of those loans.  Bank 1 has grown faster than Bank 2 in recent quarters and has a higher percentage of lower yielding (and higher risk) loans, which are represented in red.  Its overall weighted-average rate on loans (4.52%) is lower than Bank 2’s rate (4.87%).  Sample Target 1 would be accretive to both banks with a weighted-average rate of 5.04%.

So which bank can afford to pay more?

If we assume a multiple of 1.3xBV, the acquisition would provide about the same gross contribution to each bank’s capital over a 1-year period* (75% for Bank 1 and 74% for Bank 2).  But the acquisition must be valued in relation to alternative uses of capital.  If each bank were to grow organically in the current environment, each would generate different returns due to the yield of assets in their portfolios.  Assuming a market rate of 4.23% on new originations over the next year, Bank 1 would generate a return of 63%, while Bank 2 would generate a 73% return for the same amount of growth. Bank 1 can afford to pay a higher price for (and accept a lower return from) the same target.

*Measured as the PV of Gross Interest Income of the target and the bank (assuming no new originations) divided by Day 1 capital. 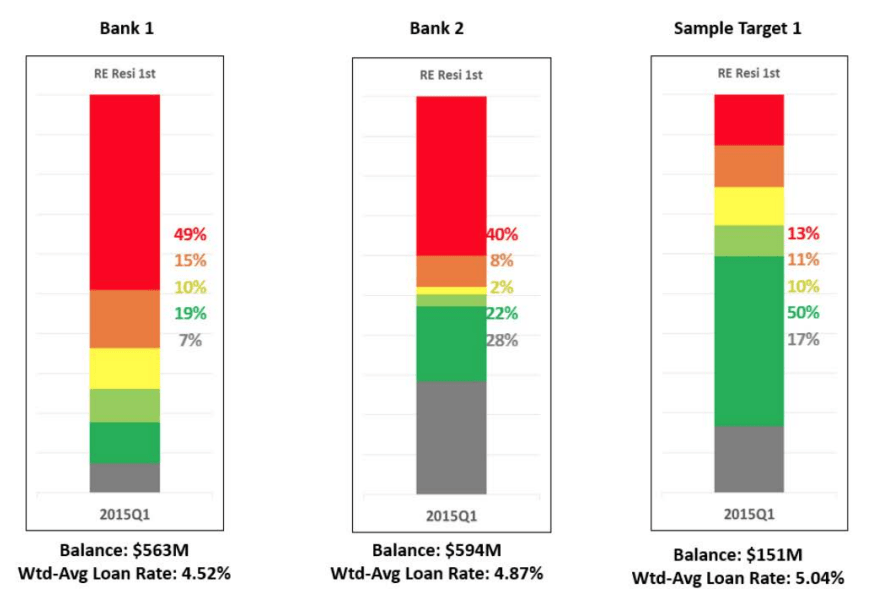 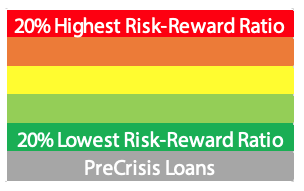