05 May Lessons from the Fed’s Stress Tests

Lessons from the Fed’s Stress Tests

The Federal Reserve’s CCAR 2014 proved that the regulators mean business. Next up are those banks with between $10 billion and $50 billion in total assets. Many of these so-called Dodd-Frank banks are going to be in for a rude awakening when their results are disclosed in June. Those banks, along with the rest of the community banks, can learn a few critical lessons from CCAR 2014:

• Involve regulators as early in the stress testing and capital planning process as possible. Speed is critical. Your stress testing system has to be nimble and repeatable. Invite and encourage feedback.  Treat regulators as a partner.  This will allow you to identify and address their concerns early in the process.  The CCAR banks don’t really have this luxury because the Fed has to appear strong in public. It was a given that some banks would fail.

• The uniqueness of your loan portfolio matters. The loss rates by loan category within CCAR 2014 were all over the place. Regions Financial Corp’s commercial real estate loss rate was 7.6 percent of loans, while SunTrust Banks’ was 3.6 percent, even though they have fairly similar footprints in the southeast. Your bank has a unique mix of assets, and the underwriting profile of your loans matter. Banks that can properly demonstrate this with data and analytics will be able to support lower loss rates under stress. “Simple” stress tests that use generic loss rates by loan category have limited value.

• Risk management processes and controls make a big difference. Citigroup failed the ‘qualitative’ CCAR because regulators weren’t comfortable. The bank CEO must be at the helm of your stress testing. Regulators will have qualms if you isolate this to your CRO and middle management.

• Every bank should track, understand, and manage its Pre-Provision Net Revenue (PPNR). PPNR is a geeky way of saying “Pre Tax Earnings excluding Loan Loss Provisions.”  The best way to think about PPNR is it is becoming the EBITDA for banks. Many buy-side analysts love this metric and treat it as important as Net Interest Income and Net Income. Why? Loan loss provision expenses are highly volatile and subjective. Regulators will be the first ones to tell you that the stronger the bank’s earnings model, the safer the bank is under stress. The banks that did best in CCAR 2014 were the ones with the strongest levels of PPNR. This is where Zions Bancorp fell flat.

PPNR should be a primary focus of every bank’s board package every quarter.

• Community banks should focus on the leverage ratio. Yes, this is contrary to CCAR and DFAST, which highlight the Tier 1 Common Ratio, a transition ratio to Basel III. Regulators look at all four capital ratios and banks must be within the boundaries of them all. The leverage ratio may take center stage now that regulators have adopted a supplementary leverage ratio for the top eight banks, forcing them to retain an extra $95 billion of capital over the next several years to be in compliance. We will see how this impacts CCAR 2015, but when you cut through the noise, the bottom line is that regulators are zeroing in on the leverage ratio because the assets are not risk-adjusted and they can trust it more. The leverage ratio is already the primary focus of regulators for most community banks anyway, and it’s also the capital ratio best understood in the boardroom. 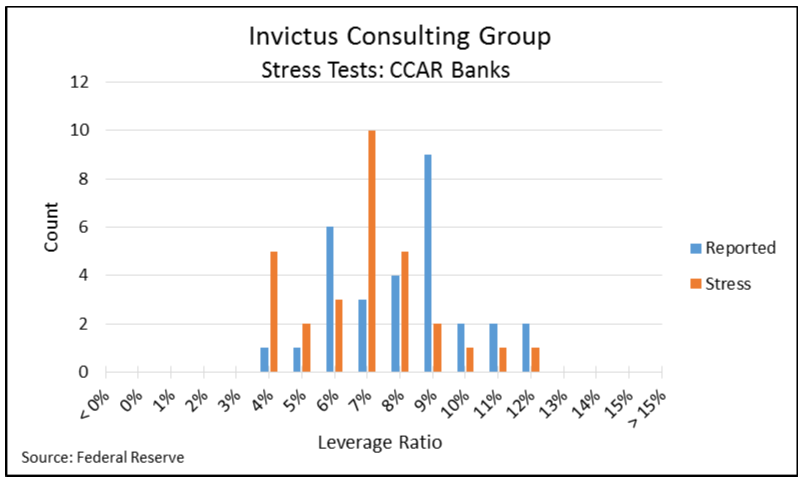 • Don’t assume your assets will shrink under stress. While nobody knows for sure why the Fed’s stress test results differed so substantially from many of the banks’ stress test results, those of us who closely follow CCAR and DFAST attribute some of this to differences in asset growth. The Fed put out a notice in December that said it anticipated loans will grow by 1 to 3 percent per annum at the peak of a recession. This differed from what the top 18 banks assumed in last year’s CCAR. The Fed likely trumped the ‘denominators’ of the capital ratios with larger numbers, which in turned resulted in lower post-stress ratios. We think that loan growth should be treated like a capital action and banks should assume the same growth as in their strategic plans. This may sound conservative, but the ultimate objective is for a bank to get its strategic plan and supporting capital plan green-lighted. Let’s not lose sight of this. 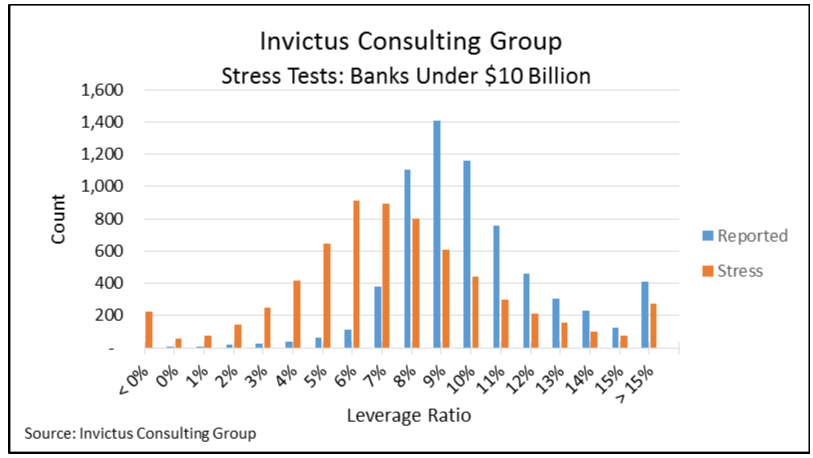 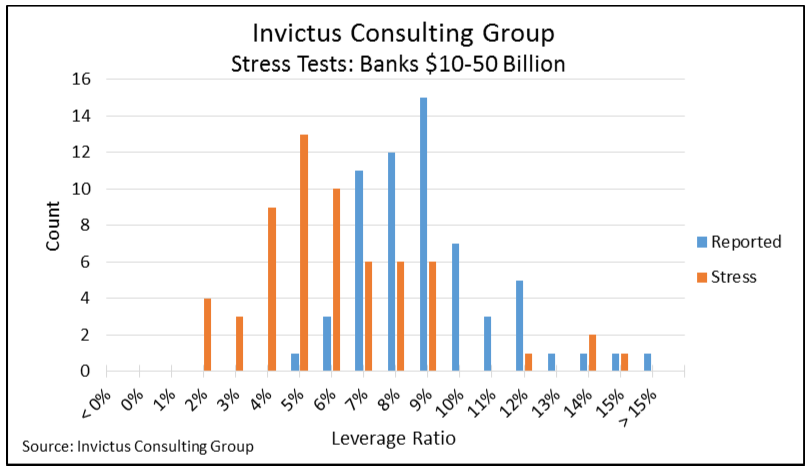